From the author of "The Sisters" comes a chronicle of the most brutal, turbulent, and exuberant period of England's history, and of Bess of Hardwick, who died one of the wealthiest women of her era.

Bess of Hardwick was one of the most remarkable women of the Tudor era. Gently-born in reduced circumstances, she was married at 15, wedded at 16 and still a virgin. At 19 she married a man more than twice her age, Sir William Cavendish, a senior auditor in King Henry VIII's Court of Augmentations. Responsible for seizing church properties for the crown during the Dissolution, Cavendish enriched himself in the process. During the reign of King Edward VI, Cavendish was the Treasurer to the boy king and sisters and he and Bess moved in the highest levels of society. They had a London home and built Chatsworth House in Derbyshire. After Cavendish's death her third husband was poisoned by his brother. Bess' 4th marriage to the patrician George, 6th Earl of Shrewsbury, Earl Marshall of England, made Bess one of the most important women at court. Her shrewd business acumen was a byword and she was said to have 'a masculine understanding', in that age when women had little education and few legal rights. The Earl's death made her arguably the wealthiest and therefore - next to the Queen - the most powerful woman in the country.

Authors: Mary S. Lovell
Categories: Countesses
Bess of Hardwick was one of the most remarkable women of the Tudor era. Gently-born in reduced circumstances, she was married at 15, wedded at 16 and still a virgin. At 19 she married a man more than twice her age, Sir William Cavendish, a senior auditor in King Henry 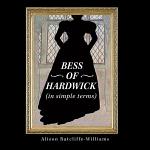 Authors: Alison Ratcliffe-Williams
Categories: Literary Collections
Bess of Hardwick A powerful, confident, inspirational, intense woman of the 1500's. This book follows Bess through her four marriages, each one bringing her more wealth and status, whilst giving you an insight into her heritage through to her death. 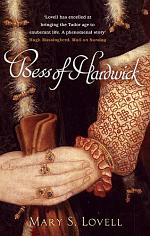 Authors: Mary S. Lovell
Categories: History
From the bestselling author of The Mitford Girls: A 'wonderfully researched' (Sunday Express) biography of Bess of Hartwick, the most powerful woman in England next to Queen Elizabeth Bringing 'the Tudor Age to exuberant life' (Hugh Massingberd, Mail on Sunday), Mary S. Lovell tells the story of Bess of Hardwick,, 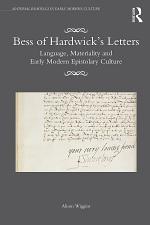 Authors: Alison Wiggins
Categories: Literary Criticism
Bess of Hardwick's Letters is the first book-length study of the c. 250 letters to and from the remarkable Elizabethan dynast, matriarch and builder of houses Bess of Hardwick (c. 1527–1608). By surveying the complete correspondence, author Alison Wiggins uncovers the wide range of uses to which Bess put letters: 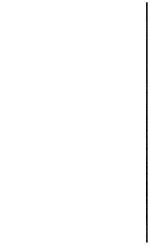 Authors: David N. Durant
Categories: Great Britain
"Elizabeth Talbot, Countess of Shrewsbury (c. 1521[1]? 13 February 1608), known as Bess of Hardwick, was the daughter of John Hardwick, of Derbyshire and Elizabeth Leeke, daughter of Thomas Leeke and Margaret Fox. She was married four times, firstly to Robert Barlow, who died in his teens; secondly to the